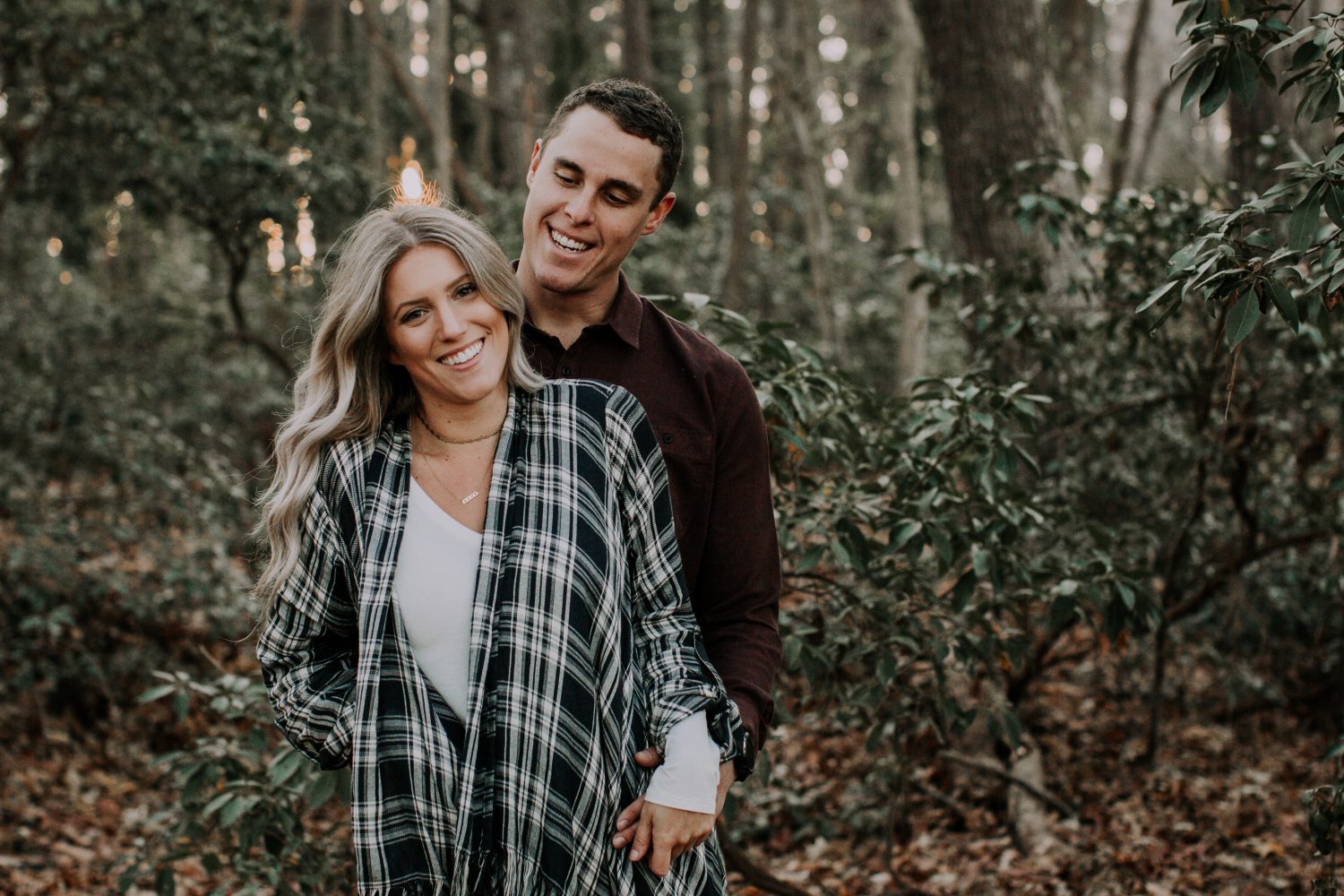 Our winter was unusually cold, and seemed to drag on forever. I’m really an outdoorsy girl, but once it’s 20 degrees all I really want to do is snuggle on my couch under a blanket and read books. Is anyone else out there with me on that one?!

But, If I was going to leave my house and change out of sweat pants for anyone, it was going to be for Paige and Chris. Plus, they had a new puppy named Oliver that they wanted to bring with them. I’ll do just about anything for puppies!

We planned this session with Paige + Chris in hopes that it might be a bit warmer by the time their date came around. Thankfully the weather cooperated, and we had a beautiful winter sunset behind us. Sorry Paige and Chris, but my favorite part of the night was definitely playing with Oliver! I even got to hold him for a bit while I snapped some solo pictures of Paige + Chris. It was like a mommy-daddy doggy date night!

Now- what you all have really been waiting for. You get to meet Oliver! When I say he is a puppy, I really mean gigantic baby that has absolutely no clue how big he is, puppy! Oliver was only 14 weeks old when we took these pictures and was already the size of my full grown chocolate lab.

He was so sweet and all he wanted to do was give kisses and play! Guys, look at these floppy ears!!

I’ll never forget the look on Chris’s face when I told him to pick Paige up and spin her around! They were both cracking up [probably thinking I was crazy for asking them to do that!]. But, they did it anyway and the pictures turned out great! Paige is a total sweetheart, and it’s clear that Chris completely adores her. My couples are seriously the best.

FOLLOW ALONG WITH ME ON SOCIAL MEDIA TO STAY UP TO DATE ON MY WORK, LIFE, AND TRAVELS!