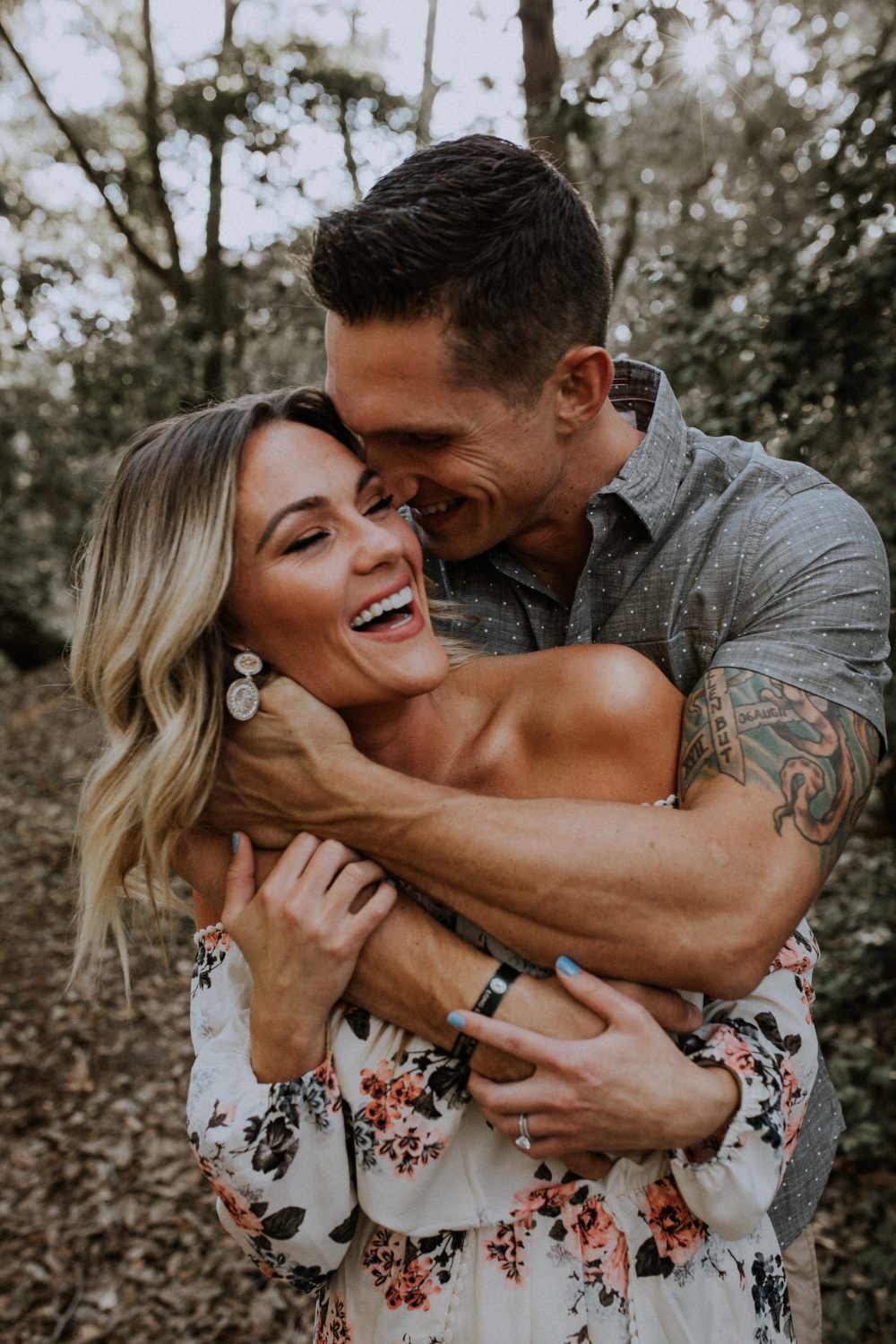 These two were already married when I photographed them, so this was for their anniversary. But- I would have totally tried to snag them for their wedding if they hadn’t already been married!

Jordan and Chris have that kind of love people envy. Like grinning from ear to ear, can’t get enough type of love.

They also asked me if they could bring their pup Carter along for the shoot- and DUH! Sign me up! If you guys haven’t figured out by now, I love puppies!

You’d never know it by the pictures, but we were being swarmed by bugs practically this entire session. Which totally comes with part of the territory when you’re shooting in the State Forest. I have to say though, these two were the best sports about it and didn’t even seem to be phased by it.

Chris even tossed Jordan up in a tree for some photos like it was 100% no big deal.

If you love puppies as much as I do and want to see another blog post of mine where a puppy tagged along for a session, you’ll also love Paige + Chris’s Winter Forest Session. They brought their 14 week old Great Dane to a photo shoot with me, and the images are adorable!

FOLLOW ALONG WITH ME ON SOCIAL MEDIA TO STAY UP TO DATE ON MY WORK, LIFE, AND TRAVELS!